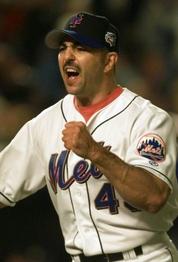 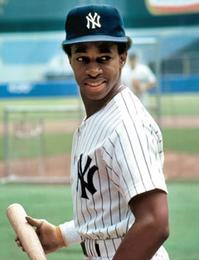 This award is named after the famed Dodger lefty who won Game 7 of the 1955 World Series beating the arch rival New York Yankees 2-0. Pitching a shutout against the Yanks brought the boys of Summer their very first Series Championship over the crosstown Yanks. A youthful 22, Podres would excel on the mound for years to come; then became the most prominent pitching coach in the major leagues. John was a motivator, a teacher, a gentleman and a winner. John passed away in 2007 and leaves behind memories and accomplishments no-one will ever forget.  The 2015 recipient is KEN SINGLETON, a three time ALLSTAR and member of the WORLD SERIES CHAMPION ORIOLES in 1983. For the past twenty years, Ken has been an outstanding broadcaster for the New York Yankees.

This award honors John Cerutti a native of Albany, a graduate of CBA HIgh School and Amherst College where he earned a degree in Math and Economics.John was known for his inquiring mind and cerebral thinking; he had the ability to talk to anybody and had a warmth and generosity of spirit and was known by all as a gentleman who led an exemplary life. "He could have done anything, but he chose baseball as his career" said his longtime agent Craig Fenich, "and I didn't know anyone who did not love and respect him". John was a true competitive athlete and loved golf almost as much as baseball but not nearly as much as he loved his family. John was truly a dedicated family man devoted to his wife Claudia, his son Daniel, and his two daughters Janine and Nicole. John was a left hand pitcher in MLB, who spent six of his seven seasons with the Toronto Blue Jays, spending his last season with the Detroit Tigers. With his passion for the game, his love of people and his analytical mind, becoming a sports broadcaster was a natural transition for John. Starting with Time Warner Cable in 1993 and ESPN he was back in Toronto working with CBC in 1997 until his untimely death at the age of 44. This years award will be presented to

This award is to an individual who not only excelled as a player, but also has distinguished himself off the playing field. Johny Evers was by every persons description a scrappy 130 pound middle infielder who got every ounce of abaility from his slender frame.  John was the middle part of the TINKER to EVERS to CHANCE rhyme, made famous by the ease with which they turned the double play.From 1902-13 John played with the Chicago Cubs going to the World Serues four times; winning twice in '07 and '08. He was traded to the Boston Braves in 1914 and they won the World Series that year and he was given the Chalmers award (MVP equivalent). He was traded mid season 1917 to the Phillies and retired from playing at the end of that season. John went on to manage three MLB teams and wrapped up his career managing the Albany Senators.